About Deals, Stages, and Pipelines

Manage and track your sales processes

Overloop allows you to fully manage your sales process with Deals and Pipelines.

You can create an unlimited number of pipelines, stages, and deals.

What is a Pipeline?

A pipeline is a set of stages that a deal needs to go through, from left to right. Pipeline helps you track the progress of deals that your sales team is working on.

Learn how to create a new pipeline.

What is a Stage?

A stage is a step of your pipeline. When a stage is completed, a deal moves to the next stage.

Overloop offers these default stages: Contact Made, Contact Qualified, Needs Defined, Proposal Made, Negotiations Started. However, each sales process is unique, so we suggest that you customize the stages of your pipelines to fit your own process.

Probability of a stage

Each stage has a probability measured in percentage, which shows how likely the deals in this stage are to be won.

We set a default probability for all stages. Remember that you need to set the probability of each stage, based on your previous experience: the closer a stage is to the end of the pipeline, the higher the probability.

You can edit the stages probability by opening the pipeline and clicking the Settings button:

What is a Deal?

A deal is a visual representation of the transaction that you pursue with your contact or organization. A deal should be moved through the stages of a pipeline until it's either won or lost.

Learn how to create a new deal.

When a deal is closed successfully, it is won. If the deal is not closed, it is considered to be lost.

You can mark a deal as won or lost simply by dragging and dropping it to the Won or Lost button.

To win/lose deals in bulk: 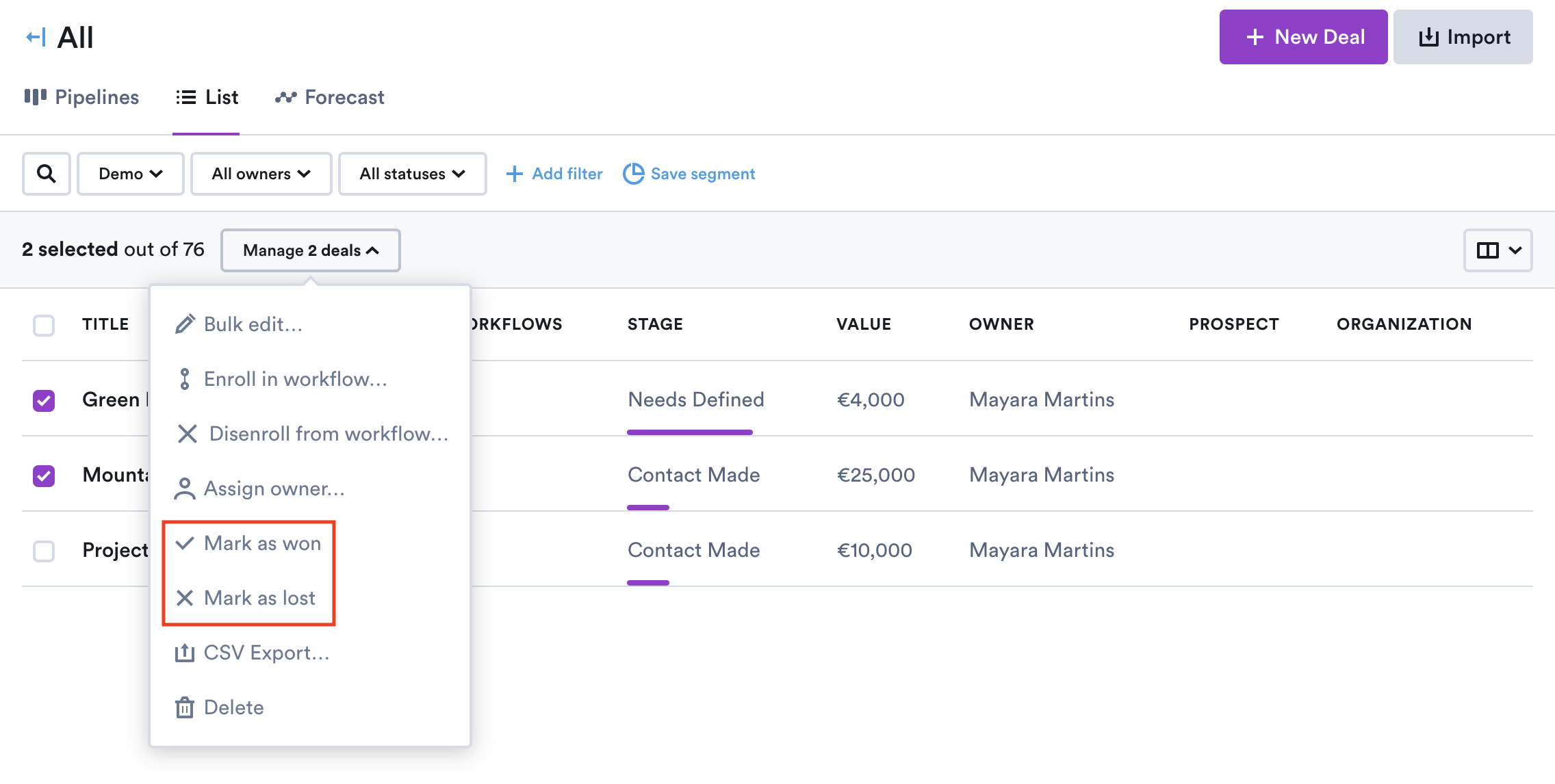 When marking a deal as lost, you need to select the reason for it. The loss reason will be visible on the deal's panel. 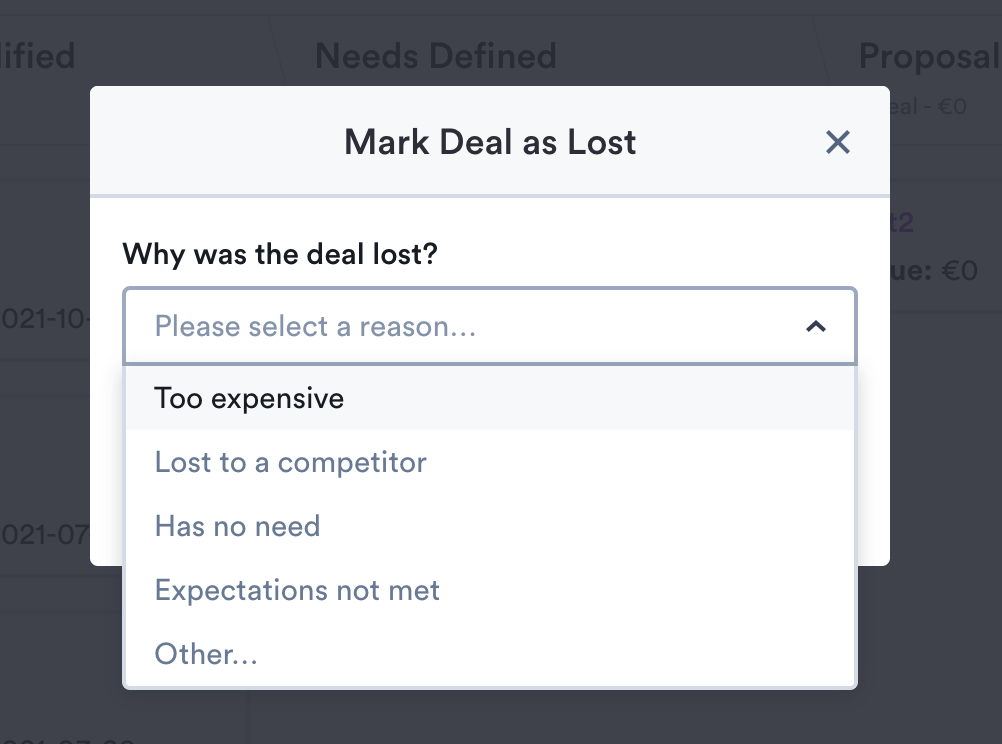 You can manage the list of the loss reasons in Settings > Deal Loss Reasons.