Written by Vincenzo Ruggiero
Updated over a week ago

What is A/B testing?

A/B testing (also known as bucket tests or split-run testing) is an experiment with two variants, A and B, all parameters -but one- being equal, used to see what works best.

The golden rule of A/B testing: only tweak ONE element at a time. It may seem obvious, but if you go ahead and modify more than one feature of–in this case–your email, it’ll be impossible to identify what caused the increase (or the drop) in opens, clicks, or any other KPI you want to improve.

Before launching a large-scale campaign, you might want to test on a sample of your target in order to see what works and maximize the effect.

There are traditionally three ways to measure the success of an email campaign:

For the last two metrics, make sure you always use the same denominator.

At this time, Overloop doesn't provide a built-in feature to run A/B testing. The best way to run this kind of test is to duplicate the campaign you want to test, make the change, and compare the results in the reporting section.

To see the comparison report navigate to the Reports page and switch to the Outbound tab. 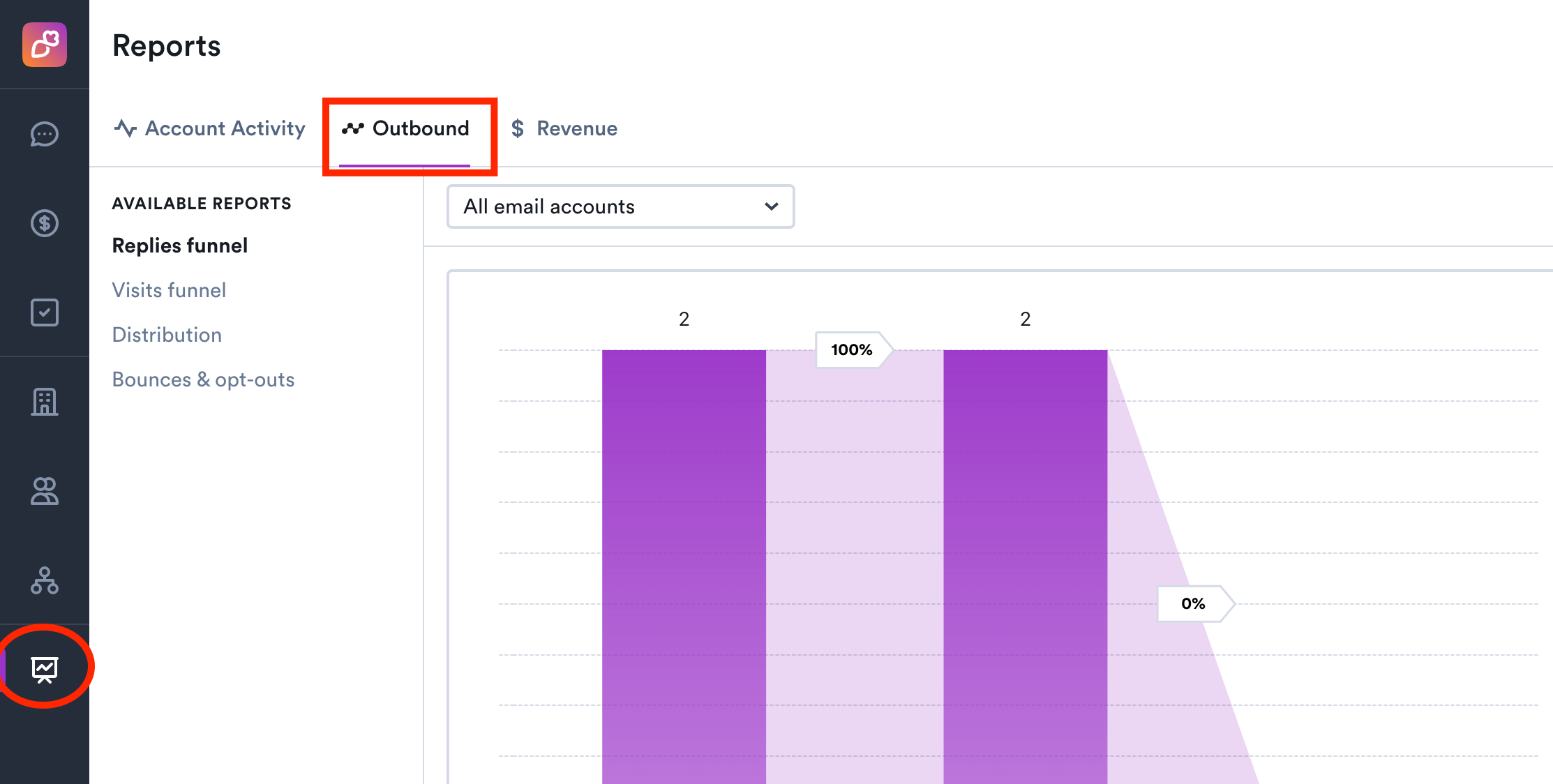 Scroll down and select the needed campaigns (at least two) and click Compare Campaigns to see the report.