You can let your prospects automatically re-enter the same workflows again.

How to set up re-enrollment

To let the prospects re-enter the same workflow, enable this option in the Enrollment Strategy. 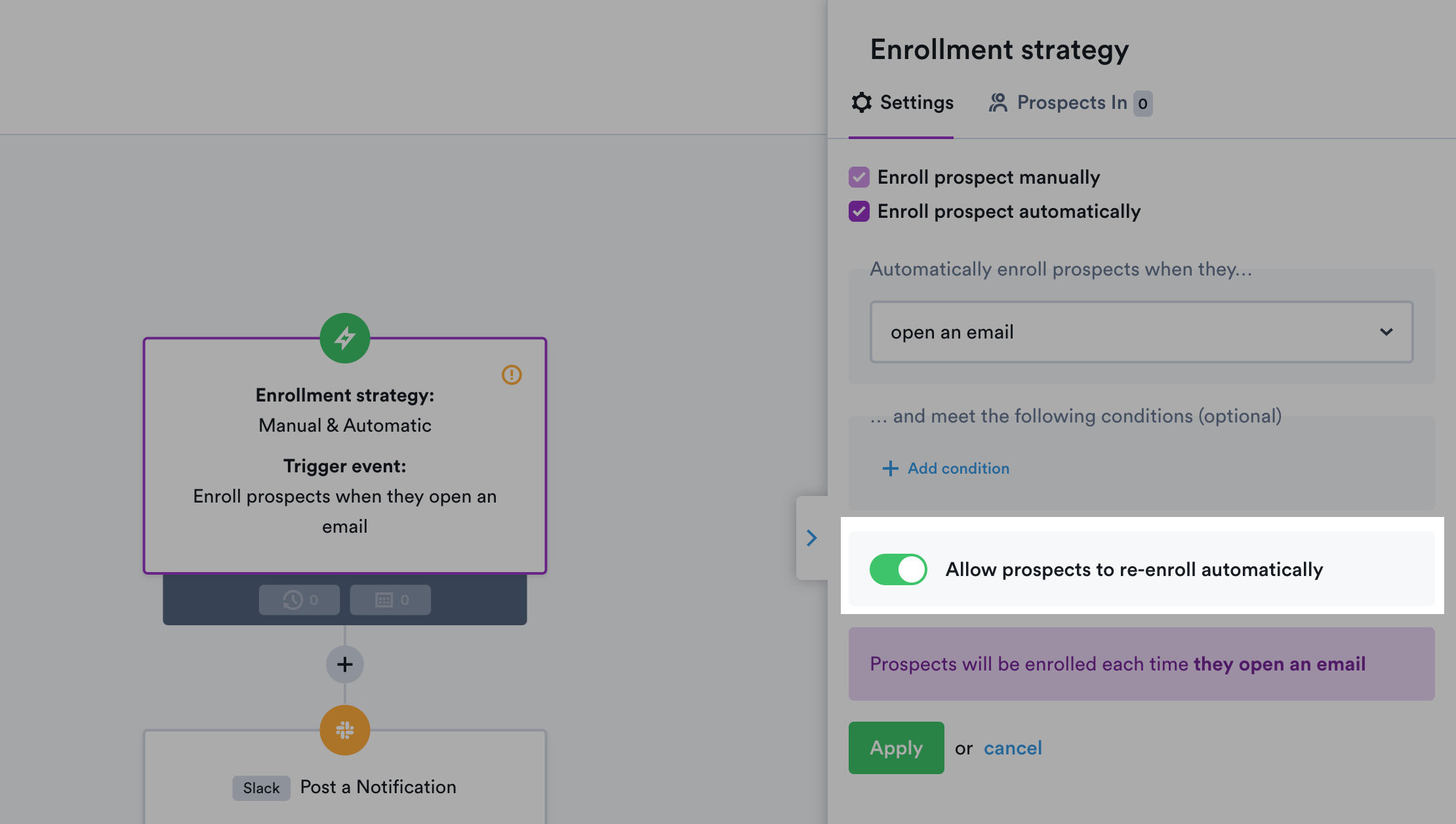 Automatic re-enrollment is not possible if:

This is how it works: